New Guards Added! ...But they are Evil 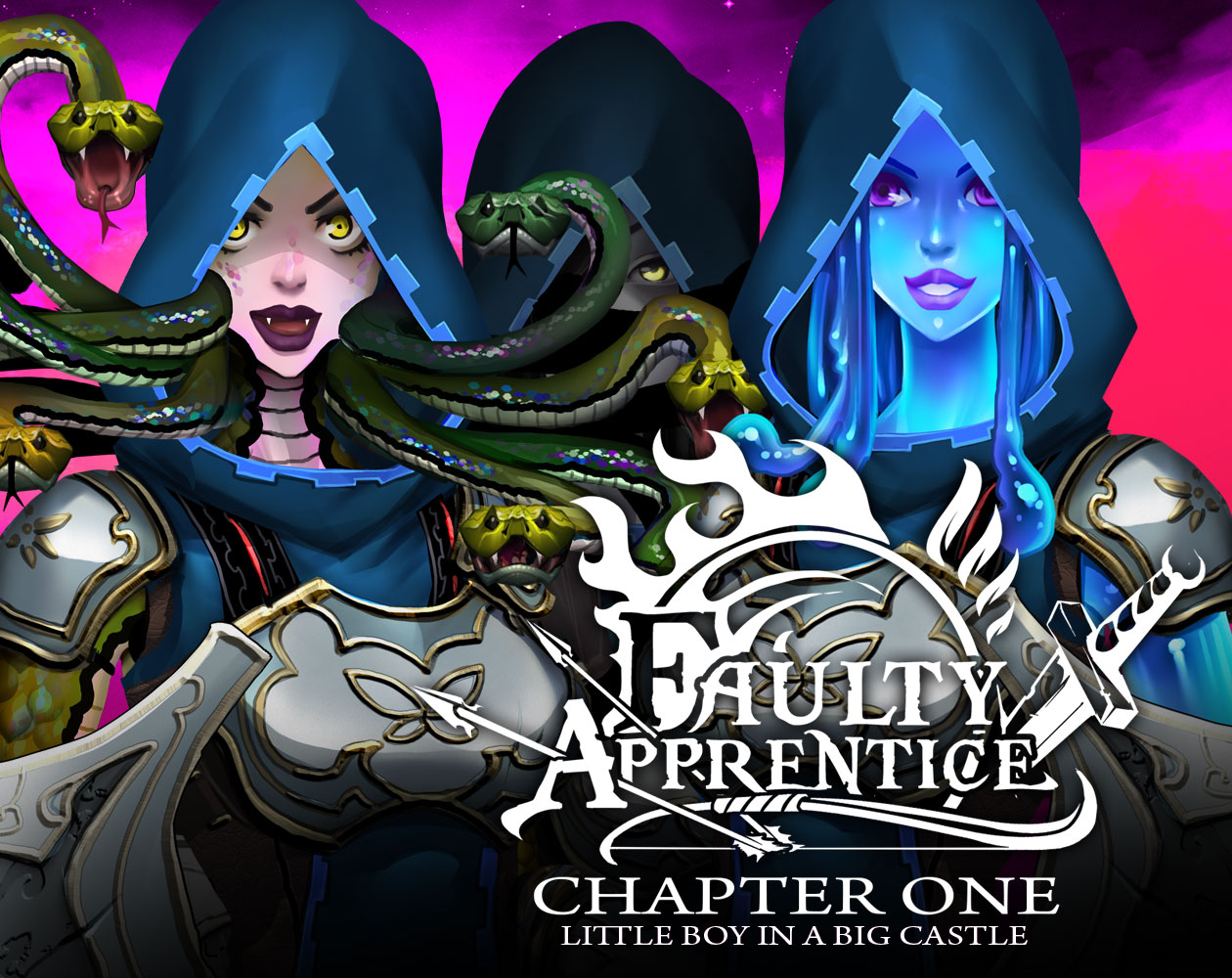 Hail Apprentices! Your good friend and humble head of AGL, Din here to present the latest update to Faulty Apprentice: Chapter One. You may have noticed the Upper Courtyard was a little empty on Sunday Night, and that was because we have a few Guards yet to be revealed. In this new patch, you can now start Talking to the Gorgon, Slime, and Ghost Guard! So if you are playing evil route these are definitely for you, and if you're playing for good, maybe you can turn them around over time?

Aside from these new Guards, we have also added fixes to the Dark Elf and Black Cat dialogues and character hubs. As well as a bunch of other smaller bugs, thanks again to Royal Guard and everyone that reported.

This marks the official end of Chapter One and Secret Hearts Event so please look forward to the start of Chapter Two in the upcoming days. The first update will include Talk dialogues for all the characters, so you will be able to shift Morale and increase Relationships. Will also include the next milestone Sword Training session and scene with a 'reward' image for Apprentices that prove their skills worthy <3

Let us know what you think of the new Guards in the Comment section and hit that Like button if you're going to interact with them in-game!

Keep in mind this is a test build, so if anything out of the ordinary happens please do not hesitate to let us know. (=
Report Bugs [ here ] "A good bug is a dead bug!"

In a world of monsters, maidens and magic, you are the faulty apprentice!